How millennials are changing working life 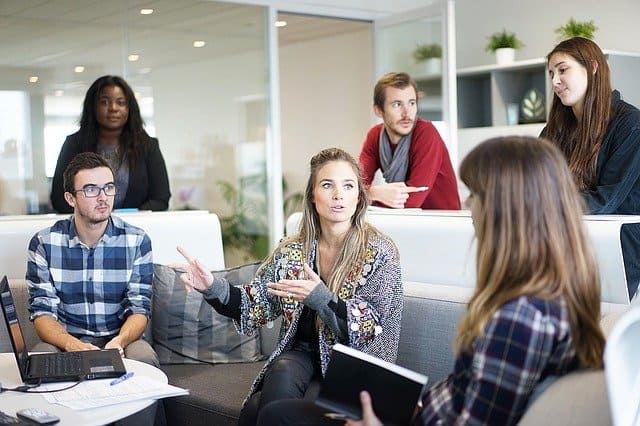 It is estimated that by the year 2020, millennials – also known as Generation Y – will make up more than one-third of the world’s workforce. However, having grown up in an increasingly digital, global society, this group interprets the world of work very differently from previous generations. Their approach to work has an impact not only on their choices but also on how employers look to attract the best and the brightest from across the world.

The term “millennials” is often used to refer to people born between the early 1980s and the late 1990s or early part of this millennium. For this generation, making connections across the world via social media, opportunities to complete work placements abroad and cheap flights have become the norm. And these experiences have led to a remarkable number of young people considering making these experiences a permanent part of their lives. One report found that last year, 60% of 18 to 35-year-olds enquired about moving abroad, while the approximate number of expats has risen from 154 million in 1990 to a staggering 232 million now.

So what is it that has caused this wanderlust? As you may expect, there is a wide range of reasons and practicality is sure to sow the seeds of considering a move abroad in the minds of some young professionals. Many 18 to 35-year olds have considerably less spending power than their parents; buying a house without significant financial assistance is, for many, little more than a dream. The expectation that each generation will earn more than the previous generation has not materialised for Generation Y, who earn on average £8,000 less during their twenties than those in the preceding Generation. It is easy to see why a move abroad could be attractive to a young professional in, for example, London as they see their rent go up again. Politics also plays a role: Ben Tyrell of MoveHub stated that the “controversial (2016 US) presidential election has increased the appetite for Americans moving abroad, with New Yorkers being the keenest to relocate overseas. Political uncertainty seems to have shaken up citizens across key US states including California, Florida, and Texas”.

However, there is far more to it than may immediately meet the eye. Indeed, a key impetus for many millennials is the fact that, for them, a career means something completely different to them than it did to people starting out in the workplace in previous generations. Gone are the days of staying at one company for the entirety of your working life, aiming for promotions and moving up the company ladder. Indeed, ManpowerGroup’s interviews with more than 19,000 millennials found that only 13% of those surveyed considered taking a leadership role as their main career goal. Instead, the priority for 33% was working with fantastic people. This was even higher than those who stated that they wanted to earn as much money as possible (27%). In an increasingly connected world, young professionals are shunning traditional goals in favour of companies that offer different perks, such as flexible working hours, projects with cutting-edge technology, and the opportunity to try your hand in different areas. Firms that can adjust their working processes to accommodate a flat hierarchy, involving more employees in making decisions across the company, are likely to be viewed more positively as a potential employer by the incoming workforce. Generation Y’s considerations also extend beyond what goes on in the office to how they can guarantee a good work-life balance for themselves. Thanks in no small part to the digitalisation of the world, many employees can find gainful employment across the planet, leading them to focus on aspects of job offers such as the chance to travel and have time to spend with their family and do sport, rather than just on the salary or promotion opportunities. This rings even more true when we consider the changing role of the father in today’s society.  One global report found that 63% of fathers reported that they had quit or would consider quitting their job to be involved in caring for the baby. This generation is not a “me first” generation, but an “us first” generation, with both partners making decisions for the good of their relationship and families and supporting each other in their careers. 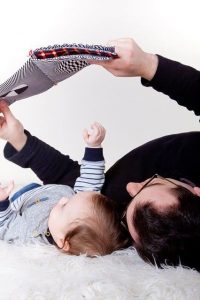 Rather than merely being considered the breadwinner, new fathers are becoming increasingly active in their infant’s early life

The chance to learn a new language and get a taste of life in a new city or country are additional advantages to moving abroad and Generation Y’s appetite for the expat life shows no signs of letting up. The Erasmus programme is still going strong – the EU estimates that around one million “Erasmus babies” have been born to Erasmus couples since 1987 – and a global study from the International Organization for Migration (IOM) from 2015 found that almost one in four 15 to 29-year-olds would like to see immigration levels increased, compared with 17% of those aged 55 and older. Spending time abroad, language schools and exchange programmes are the norms, rather than the exception, for many young people, which has led to increased cultural openness and has an impact on the decisions they make for the rest of their lives.

Swapping Burnley for Berlin and Peterborough for Paris – the opportunities and support systems are in place and millennials are taking their chance. Whether increasing opposition against immigration, as shown by the Brexit vote and recent elections across Europe and in the USA, will change this narrative is a question that is still waiting to be answered. However, for now, it seems as if the expat generation is here to stay.

“After Gen X, what should the next generation be?” Horovitz, Bruce

“How many expats are there?”, TES Team

“Why More and More Millennials are Choosing to Become Expats”, Vargas, Nikki

“How the world views migration”, International Organization for Migration (IOM)