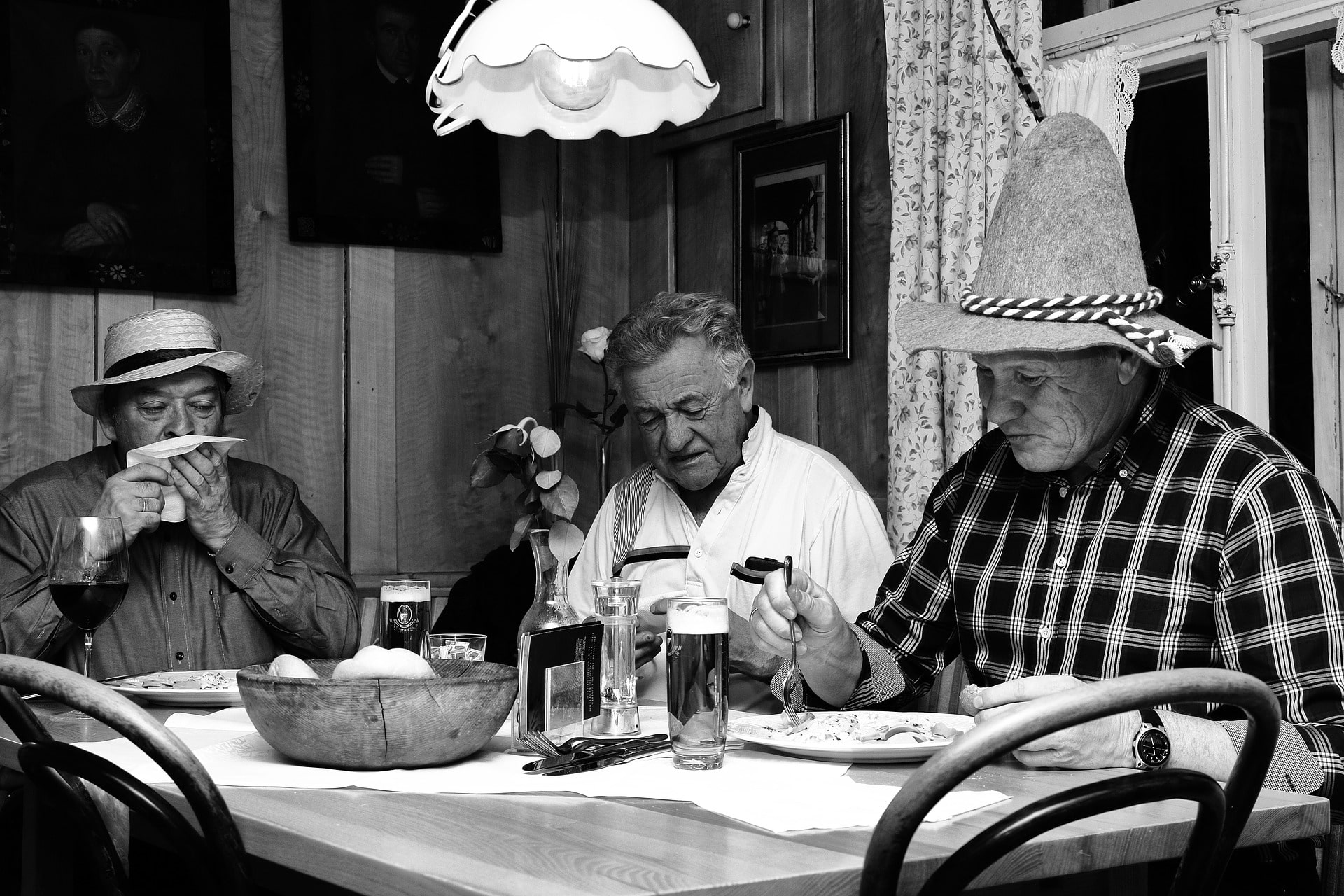 Oh, you speak German. Are you from Germany?

No, I am from Austria…Not only Germans speaks German…No I don’t mean Australia… Probably the majority of Austrians know this discussion. Austria is in the middle of Europe, the transit country which shares its borders with eight other countries, such as Czech Republic and Italy. Schnitzel, Tracht, Mozart, Hallstatt, Vienna, architecture, clear lakes and skiing resorts are only a few things Austria is famous for. This following summary will lead you through the Austrian way of thinking, through its formality and gemütlichkeit (serenity).

Music plays a main role in Austria. Between classical and folk music, modern Austropop wins our hearts. Old and new Schlagers are played at numerous tent festivals and gatherings on holidays, for example, the setting up of the Maypole or the Oktoberfest. Many locals wear their traditional costumes, such as Dirndl or leather trousers. Between common holidays like Easter, birthdays and Christmas, Austrians like to get together, whether at home or in an inn. When following an invitation to another home, it is usual to bring a small gift, like flowers or chocolate. Furthermore, punctuality is a top priority, whether in the private or professional sector. When entering, shoes and jackets are taken off. As a greeting we shake hands, hug each other or especially women kiss once on each cheek. Be aware that this ritual might have changed due to the Coronavirus. If someone insists on more distance, wave or greet with the elbow. The common phrase for this is “Guten Tag” or “Grüßgott”. In rural areas, people also like to greet passers-by on the street. When having a meal together at home or in a restaurant, you should not talk about politics, finances, and religion to avoid insults. Since childhood, one should learn to always say please and thank you. Loud noises or children’s whining are to be avoided. Especially in flats, you should respect the night’s sleep and accept other neighbours. Each residential building has its own rules, but usually, there is silence from 10 pm to 6 am, at lunchtime and on Sundays.

Austrians are popular for being more laidback than Germans. Still, they are punctual and especially Viennese can be grumpy and impatient. However, one should not take this personally. Regarding the business culture, the majority follows a good work ethic. Mostly, a business is well-defined with an observed hierarchy, clear responsibilities and distinctions between roles and departments. Professional rank and status in Austria are generally based on an individual’s achievements and expertise in a given field. Although in some circles a certain gender gap can still be observed, men and women have the same rights and obligations by law. Academic titles and backgrounds are still considered as important. Consequently, the titles are often used in greetings or emails. However, this might become less common in the younger generation. Moreover, contacts are extremely helpful in creating business success in Austria. Another important aspect is Austria’s work ethic. Employees define themselves as part of the corporation which leads to more productivity and effectiveness. In general, Austrians are reliable people and if someone says he/she is going to do something, he/she will do so. The same is expected of both sides in order to keep the balance between giving and taking.

In the mindmap below we want to visualize some key aspects of the typicall mindset of Austrians.

Sorry, the comment form is closed at this time.