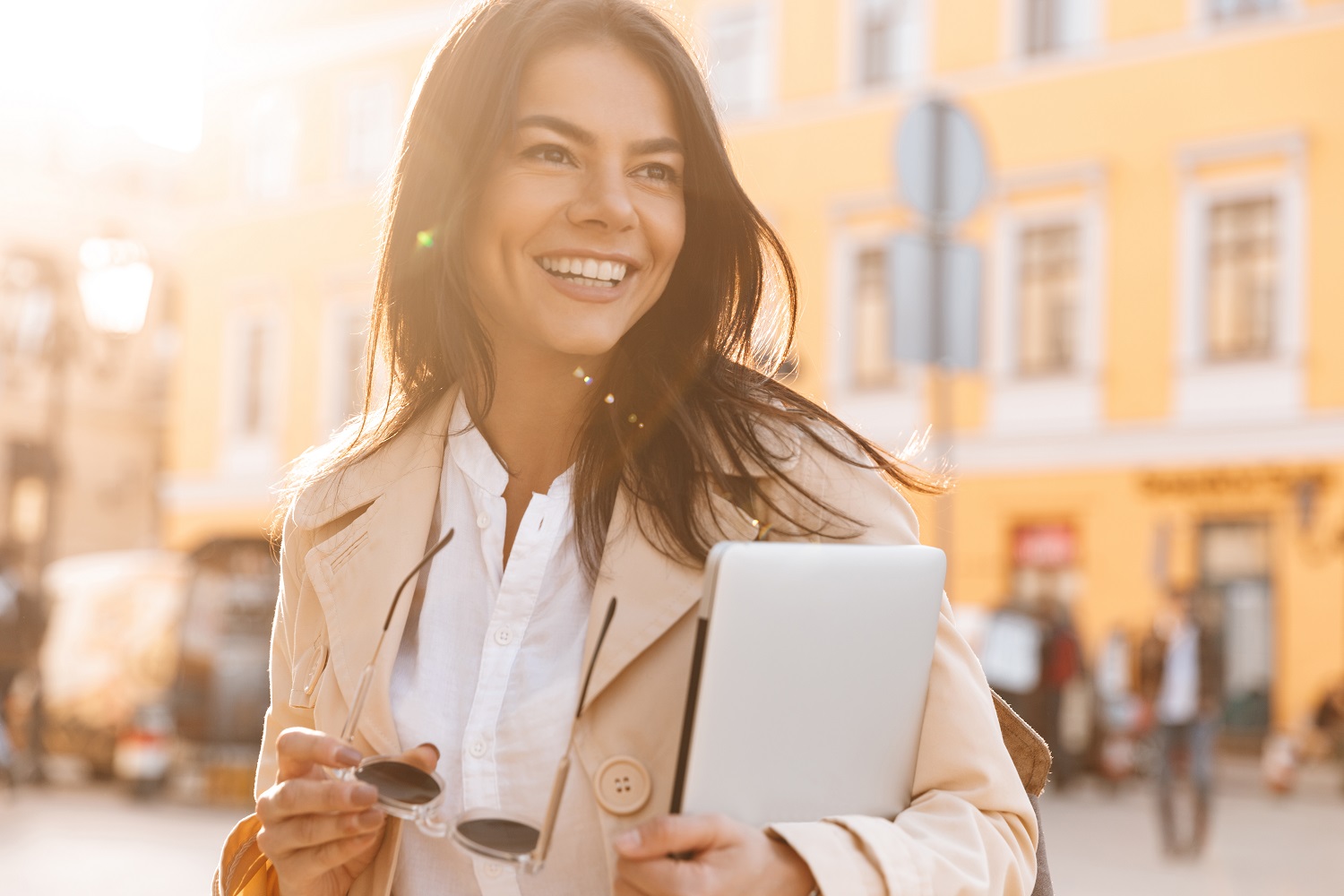 “You must be willing to give up the life you’re used to,
to have the life you dreamed of.” – Unknown

charming apartment that has recently been renovated, with an open kitchen and a sunny terrace that can be reached from the living room through a large sliding glass door. Natalia is already looking forward to living there and smiles as she sees herself cooking barefoot on a sunny day or reading a book on the sunny terrace.
The consultant informs her that she will send her the rental contract including a translation in her mother tongue in the next few days for better understanding. She will also coordinate the payments of the broker’s deposit and commission. Natalia just has to pack her things and have them ready for the shipper to pick them up at the agreed time.
Two weeks later, the evening before her departure, Natalia organizes a small party to say goodbye to family and friends. Many laughs and tears mixed with hugs and promises to chat on Skype at least once a week are distributed throughout the evening. Natalia feels overwhelmed between the feeling of leaving her loved ones behind and the feeling of starting a new life that will make her grow in her career and allow her to focus entirely on her passion.
The day after her arrival, the consultant picks Natalia up at her hotel and both go to the apartment where the keys will be handed over. The consultant draws up a protocol on the condition of the property, which must be signed by both parties and which also contains photos of the property.
The consultant then registers Natalia at the municipal office and applies for utility contracts for electricity, gas and internet, as well as household insurance, while Natalia uses this time to take a walk through her new city.
Three days later the transport arrives with the furniture and personal belongings of Natalia and after a week everything is in place and Natalia is completely installed. The following Monday, Natalia starts her new job, where she can concentrate fully and without stress.
In a few months Natalia will have to register at the registration office for European citizens. This does not worry her, because as agreed, her counsellor will inform her in advance what documents have to be prepared and will also carry out the handling of the deregistration together with her.
The counsellor has also provided Natalia with a package of information on the city in general, on sports, culture and entertainment for leisure, as well as on various common interest groups and expat networks. Natalia would not have achieved all this in such a short time and she appreciates the fact that her company supported her with this relocation service, which was a valuable support in the process of her move.

“New paths emerge in which we walk them” – Friedrich Nietzsche

Would you like to know more about relocation services?
We will be happy to inform you at: office@sistarelocation.com